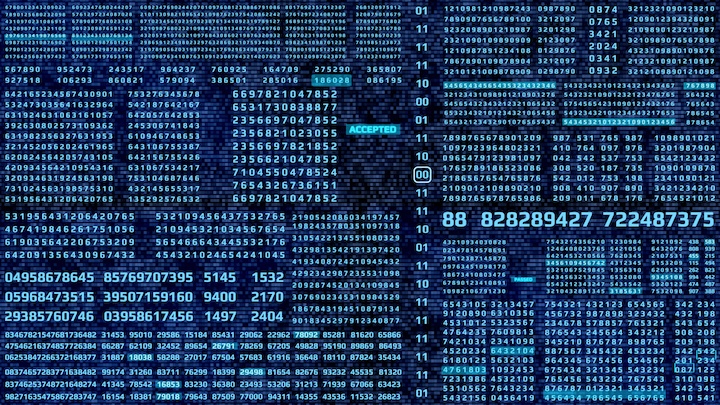 Go stores string literals encoded as UTF-8, but a Go string is technically a random sequence of bytes. In our scenario, we didn’t need to worry about characters outside of the ASCII range (7-bit).

But the strings command only gave me one long string

strings is the default utility for quickly pulling strings out of a binary. It simply looks for null-terminated character sequences of a certain length that match a range of likely human-readable characters.

When we put a Go binary through strings, the output consisted of one or more extremely long strings! This made it very confusing if you don’t know where one string ends and the next starts!

Reason: Go does not store null-terminated strings in the compiled binary. A string in Go consists of a sequence of bytes and a separately-maintained length value. It appeared that all strings were concatenated together as one long string, and it was now the job of the executable code to know the length of a string.

If we wanted to mimic strings for a Go binary, we therefore need to identify:

For these tasks, we turned to Radare2, an (LGPL) open-source reverse-engineering framework available for Linux, macOS, and Windows. r2, as it is commonly called, supports analyzing a multitude of CPU architectures and file formats.

r2 is a command line utility that has an extensive command set that affords powerful capabilities to a reverse engineer. Invoking r2 with the binary you wish to analyze, various commands allow you to disassemble, print data and other expressions, and perform a wide range of other features.

For instructions on how to use a command, simply add a ? after the command, or type ? to get an overview of all commands as shown above.

r2 contains language bindings so that we can interact with it from our programming language of choice, using those very same commands above. We chose Python to script the workflow to mimic strings for a Go binary. We simply need to import r2pipe to obtain a pipe into r2. We then use the cmd() method to execute an r2 command. cmdj() can be used to execute an r2 command that returns JSON, already formatted into a nice dictionary for us.

First, we’ll get some high-level metadata of the binary in question:

Our first real task is locating that extremely long string in the binary, which we’ll refer to as the “strings blob“. After that, we want Radare2 to find all references to the strings blob from executable code. Radare2 has the ability to look at all instructions in the executable code and determine if it references other data areas. If the data area referenced is within the strings blob, we’ll mark that as a string hit. Later on we’ll have to figure out the length of the string.

So where is that long string in a Go binary?

Retrieving the strings blob from an unstripped binary:

Let’s chop it up

To start off, we use the /ra command of Radare2 to analyze all instructions and determine where one part of the code is accessing some other part of the code, or even data. For our Go strings extraction, we specifically care about the locations where executable code is accessing the strings blob. Once Radare2 has found all references, we can use the ax Radare2 command to review the references and search for those which refer to the strings blob.

1. Use: /ra to locate references

2. Use: axq to show the references in simple source -> target format.

Now, filter those references to ensure they belong to the strings blob by creating a dictionary where key equals the address of the start of the string, and value is a simple counter of how many occurrences were found:

We found string references, what about the length though?

The second task after learning the start addresses of strings within the strings blob is to figure out the length of each string. When a reference to a string was located by Radare2 within executable code, it typically involved loading the virtual address of that string into a CPU register or onto the stack. Near that same code were instructions that loaded the length of that string into another CPU register. We decided not to try and detect string lengths by analyzing more code, and instead focused on a simpler approach.

If we assume that the following statements are true:

…then we don’t really care about each string’s length. We could simply walk backwards from the highest-address string reference in the strings blob and print it until we hit the end of the strings blob. Then, take the previous reference and print until we hit the start of the next string that we just printed, and so on. Of course, neither of those assumptions held true 100% for every Go binary we fed to Radare2, but, for the most part, it met our needs.

So let’s chop up the strings into an array of discrete strings!

The above uses the simple approach and is an educated guess. What if we did want to find its exact length? That would generally mean we need introspection into register or stack values at the time the string reference is used. That typically means code emulation as well as making guesses as to which register (or stack-local variable) contains the length parameter. The effort to accomplish these approaches simply outweighed the benefit given the time we had allotted.

Putting it all together with Python: gostringsr2

In the above, we’ve been defining the GoStringsR2 class. We can take this class definition and invoke it with some simple user interface code to mimic strings for a Go binary. This script worked for the x86, x86-64, and (ARM) Aarch32/Aarch64 CPU architecture binaries we needed to look at. Thanks to Radare2’s wide architecture and file format support, we made it work whether the binary was compiled for Linux (ELF), macOS (Mach-O), and even Windows (PE)!

Review of the full workflow, once again:

The full code is posted below.

Sample invocation looking for our previous “hello world, how are you today” string in helloworld.go:

We demonstrated a simple reverse engineering task that relied on Radare2 to help solve for us. We should also mention that we looked at Go binaries that were compiled with Go version 1.11.x. As mentioned before, this workflow assumes all (or at least most) references are found by Radare2; there are other ways in which strings can be referenced indirectly that this approach will not solve.

Our goal was not to make a foolproof solution that stands the test of time or Go revisions: we wanted a quick implementation to get us further than we were before. However, these techniques are not limited to Radare2 or the Go language – that was simply our task at hand. In the process, we noticed some interesting patterns with Go strings that could be further explored to refine our techniques such as the alphabetical and length-based sorting of the strings blob. The Go language is also open-source, so we could have just reviewed the source code…but reverse engineering is more fun!

The ability to script reverse engineering techniques using various tools, whether Radare2, Binary Ninja, IDA Pro, or Ghidra is a valuable tool in any reverse engineer’s arsenal. We hope this post demonstrates a quick simple use case.

The code for this project is available over at our GitHub: gostringsr2